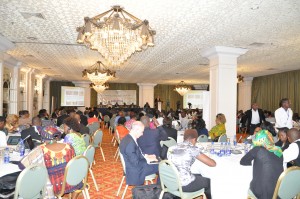 The conference was organized under the auspices of the Forum for Agricultural Research in Africa (FARA) and CORAF/WECARD, with funding from IDRC under the AfricaInteract project.
Scientists who will be attending the Climate Smart Agriculture 2015 Global Science Conference March 16-18, 2015 at Le Corum in Montpellier France, will be better informed of the African perspective for climate smart agriculture.
During the three-day conference actors in climate change adaptation including research and development experts, discussed key advances in climate change adaptation research by CGIAR, IARCs and the National Agricultural Research Institutes, reviewed climate change related initiatives in the areas of agriculture, health and urban ecosystems.
The conference shared valuable information and knowledge on climate change adaptation and enhanced understanding of evidence-based CSA policy and programme design. It also reflected on the outcomes of the recently concluded CoP 20 with regards to the case for Africa championed by the African negotiators and deliberate on how informed decision making could contribute towards the development of an effective African Climate Smart alliance. 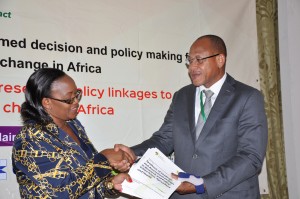 10 March 2015, CORAF / WECARD officially launched the synthesis of reports on adaptation on climate change in Africa.

The synthesis contains findings and Assessment of gaps in research and policy: Urban Areas, Agriculture and Health ”. 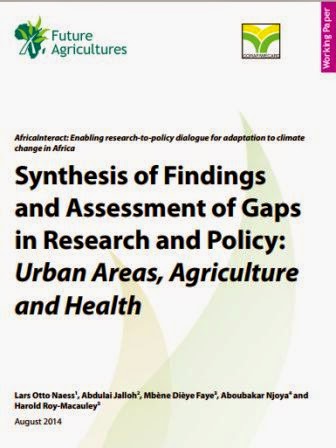 The synthesis was launched by, Ms. Cicily Karioki permanent Secretary of the Minister of Agriculture in the presence of the Executive Director of CORAF / WECARD, Dr Paco Sereme during the Opening Ceremony of the continental conference on climate that is holding from 10 to 12 March 2015 in Nairobi Kenya.

The launching of this synthesis report stems from the partnership between CORAF / WECARD and three other regional organizations namely ASARECA (East Africa), the COMIFAC (Central Africa) and FANRPAN (South Africa) as partners in AfricaInteract project, funded by the International Centre for Research and Development (IDRC) with the support of FARA.

Three distinct themes – Urban areas, Agriculture and Health – are covered in the four regions of Africa; Western, Central, South and East Africa. Research results in these different regions show a growing knowledge base designated to adaptation to climate change as well as strengthening research capacity on adaptation in the fields mentioned above. This helped to establish the following four recommendations namely