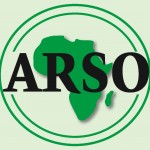 25 June 2015. At the African Organisation for Standardisation (ARSO) Presidents’ Forum participants have suggested that afrifood system should be driven by standards, hence the need for standards bodies to strengthen the continent’s agriculture value chains.

Commenting on the theme of the conference, “The Role of Standards in Promoting Sustainable Agriculture and Food Security in Africa,” they stated that Africa was yet to meet its ever rising demand for food products due to poor conformity assessment which has made it lag behind in the agro-world stage even though it remains a primary producer of cash crops and raw materials.

The ARSO president and the director-general of the Standards Organisation of Nigeria (SON), Dr Joseph Odumodu, maintained that those at the receiving end of these lapses in standardisation remain small enterprises and producers.

To this end, he explained that the advantage of adopting good standardisation and conformity

He stressed that the use of standards, regulations and conformity assessment regimes for trade facilitation interventions would in no small way boost intra-inter-regional trade. Part of the take-away from the conference, he added, is that national standardisation bodies in the continent must begin to engage all the participants along the agriculture value chain.

assessment regimes is that they would lead to creation of new cost-efficient technologies in post-harvest processing and storage that improves products’ safety and avoid harvest glut and spoilage. Odumodu argued that a formal legal metrology system which complies with internationally accepted requirements promotes confidence and clarity of measurement and this reduces barriers to trade while also safeguarding fair competition, especially for small and medium-sized agricultural enterprises. This, he maintained, would improve products’ marketability while addressing demands for quality and safety attributes.