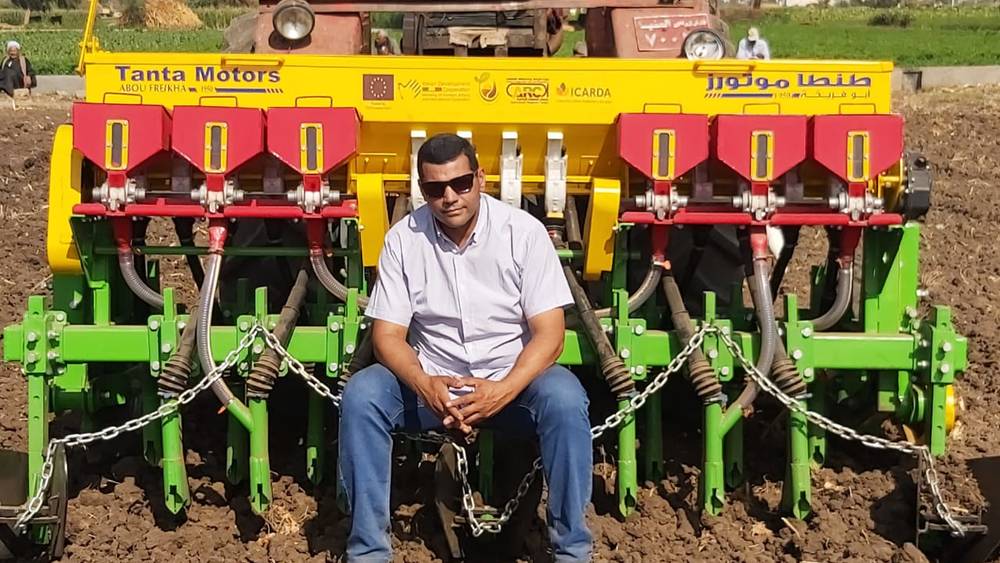 5 – 6 November. El Minia, Egypt. The Raised Bed Machine (RBM) was developed by the International Centre for Agriculture Research in Dry Areas (ICARDA) in collaboration with Egyptian research centres, public and private sectors, with a view to expanding its use among smallholders in Egypt. It can prepare an acre of agriculture land in half an hour, a task it would take farmers a working day to complete manually, using at least 10 workers.

This is particularly advantageous in a country already experiencing severe water scarcity and where the population is predicted to grow from 92 million to 110 million by 2025, adding to pressure on dwindling resources.

After painstaking efforts to convince smallholder farmers, and incentives such as free seeds and Mamdouh Fanou was wary of using a new agricultural machine, despite attempts by his local agricultural department to convince him of its advantages.
fertilisers, Fanou finally agreed to use the RBM. And the decision paid off when he enjoyed an unprecedented increase in wheat yields on his land last winter. Like many other Egyptian farmers,

The equipment offered to him is capable of preparing and cultivating the soil at the same time, increasing yields by 15-20 per cent and saving up to 25 per cent of irrigation water. This positive experience led Fanou to become a supporter and advocate of the new technology that moved from trial to commercial phase in August after being modified over the past five years to have more economic value for smallholders. 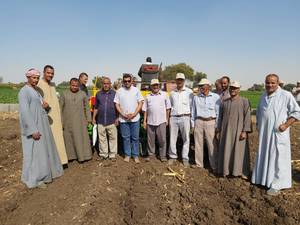 Atef Sewelam, an expert in water resources management and irrigation at ICARDA, has supervised the design process, as well as managing the research team that developed the equipment. “When we first thought of the device, our main goal was saving irrigation water. But it wasn’t attractive for smallholders, whose main focus was profitability. This made them work on a design that had more advantages for smallholders, including productivity, cost-effectiveness and profitability.”

Although the RBM achieved this with wheat crops when piloted with farmers in Sharqiya governorate, northeast of Cairo, researchers chose to develop it further, to suit other crops and different soils. Most of the smallholders who use it cannot afford to own one themselves; there are just a few owners who have invested in the machinery and charge a fee for its use.

The multifunctional machine has a row of furrow openers which allow farmers to dig water channels in the land, and it can drill seeds into the soil between these channels in a simple mechanical way.

The design was ideal for dense farming for crops such as wheat, alfalfa and barley, however it was not successful with other crops such as sorghum and maize, which are grown using a method called hill planting. This technique involves planting seeds in groups on flat-top circular mounds where the soil stays warmer, plants have greater access to water and nutrients, and roots have more room to expand.

So the machine was developed to also facilitate hill planting, saving effort and money for farmers who use this technique.

These modifications, according to Dr. Atef Swelam, had the added advantage of making it suitable for intercropping — planting more than one crop at the same time — while farmers also found a further use for it: “It came as a surprise that farmers were able to create a new use for the device, using it for fertilisation as well, which was totally unplanned.” 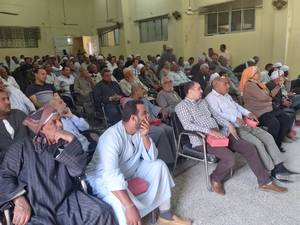 With ongoing investment from the public and private sector, alterations were also made to the RBM’s structure: it was built using stronger materials to suit any land, allowing it to cultivate even untilled ground. As a result, it has become more economically efficient and multifunctional, with greater appeal to agriculture machinery owners.

According to a study by the manufacturers, the machine is expected to have a life span of around 12 years, and within three years the owner can recoup the expenses of purchasing it.

Mahmoud Nafei is an engineer working for the agriculture guidance administration in Fayoum governorate, who supervises the use of new technologies in farming. He expects that the device will be widely used, after proving efficient when tested with commercial farmers. “Whenever we want to spread an idea among smallholders, we try it with large estates first, as these will present an impressive outcome on a bigger scale,” he says. “That will in turn motivate smallholders to follow suit. This is exactly what happened with this machine.”

Nafei says the machine leads to better quality crops, due to the irrigation method. “When we immerse land with water, roots became like a spoiled boy who finds everything he wants without exerting any effort. However, the new machine that adopts the raised bed planting method does not make water that accessible. This makes the root strive to find it.”
Kamal El-Deen Ibrahim, a manager at the agriculture guidance administration in Minya governorate, explains: “Raised bed planting allows for gaps that give space for wind, and gives the plant strong roots that can resist wind, which helps averting dormancy, which negatively influences the crops.”
Nader Noureddine professor of water resources and land reclamation at the faculty of agriculture, Cairo University, admits it is in the government’s interest to promote the use of the new technology, but adds: “Unless it proved efficient and productive for the farmers, nothing would guarantee its use, even if it saved huge amounts of water. That is why I expect the machine to spread rapidly.”