22 – 24 April 2013. Maputo, Mozambique. This regional workshop on climate change, disasters and crises in the fisheries and aquaculture sector in Southern and Eastern Africa was jointly organized by the New Partnership for Africa’s Development (NEPAD), the Food and Agriculture Organization of the UN (FAO) Fish Programme (NFFP), and the Smartfish Programme of the Consultative Group on International Agricultural Research (CGIAR).

The objective of the workshop was to establish the current baseline 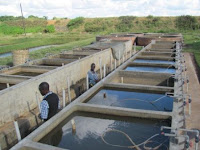 with regard to the integration of climate change adaptation and disaster risk management in fisheries and aquaculture activities and policies in Southern and Eastern Africa, and, vice versa, determine the extent of integration of fisheries and aquaculture in climate change adaptation and disaster risk management strategies and plans. The overall aim was to coordinate activities and identify gaps and priority actions to be supported by the NFFP and other partners.

Participants included (i) fisheries and aquaculture managers from relevant 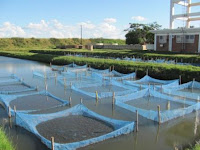 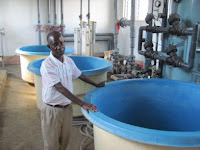 Node-SANBio.. He is the Technical Coordinator of the Aquaculture and Fisheries Science Department at Bunda College of Agriculture in Lilongwe Malawi and the coordinator of the PAEPARD supported Malawi consortium – Partnership for Enhanced Aquaculture Innovation in Sub Saharan Africa (PEAISSA).

Related: PAEPARD visit to the Aquaculture and Fisheries Science Department at Bunda College of Agriculture. 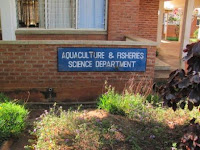 Bunda implemented the Community Action Research Programme (CARP) on aquaculture development. It had partners along the value chain including the World Fish Centre-Malawi Office, the Malawi Government National Aquaculture Centre and the Farmers Union of Malawi.
The CARP grants are for up to $300000 over a three year period and should include at least 1 doctoral and 2 M.Sc. students. They usually

involve senior faculty who might have had previous experience in action research initiatives and as such there is a much greater emphasis on using these grants to enhance networking and close co-operation with partner agencies as well as to inform curriculum development and, where possible, to encourage the use of undergraduate students in the field.

As with the GRGs, the CARPS require working in the field with communities and there is even more emphasis on involving farmers in decisions as part of the action research RUFORUM is committed to supporting. These projects need to take an inter-disciplinary problem solving approach and be rooted within a value-chain, or innovative

The Community Action Research Program (CARP) implemented the project “Enhancing Fish Production and Marketing for Food Security and Income of Small-scale Producers in Malawi”, with an overall objective of increasing fish production from current level of 750kg/ha/yr to 1,500kg/ha/yr and rural incomes through application of aquaculture innovations in the value chain in Dowa and Mchinji Districts.

The project is working together with 68 fish farmers who own 80 ponds in total (30 in Dowa and 50 in Mchinji districts). Read More on CARP, Fish harvests by CARP fish farmers

Field visit of PAEPARD to the project in Dowa. 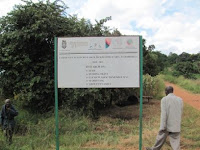 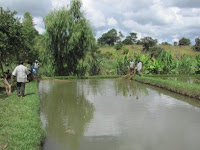 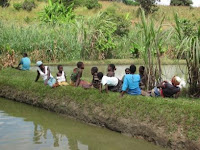 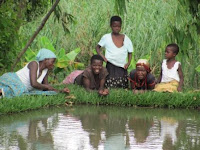