These grant contracts are part of the ACP (Africa, Caribbean and Pacific) Research for Sustainable Development Programme – Africa component (€14.7m) with the objective of strengthening international economic competitiveness of ACP countries.

During the signing ceremony Prof. Jean Pierre Onvehoun Ezin, Commissioner of the Human Resources, Science and Technology, AUC said “Science and Technology in Africa within the last decade have been tremendous evolution, so more that the African Union Commission is championing the scientific awards at national, regional and continental levels….” 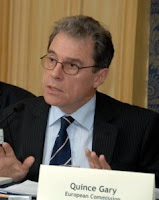 “The signature today is very encouraging for all of us who believe that innovation is key for maintaining high growth rates in today’s and tomorrow’s increasingly competitive world”, said Gary QUINCE, EU Ambassador to the African Union.

These projects on applied sciences are designed to respond to improve the living conditions of African population. More specifically, it aims to create networking among African scientific community and to build bridges with European partners while performing joint researches by the transfer of knowledge and know-how through a ‘learning by doing’ approach.

Today’s signature ceremony of grant contracts is the result of the “First Call for Proposal” of an amount of 7 million Euros which are limited to some strategic priority actions: Post-harvest and Agriculture, renewable and Sustainable Energy, water and sanitation.

The African Union Commission, through its Department of Human Resources, Science and Technology, is the Delegated Regional Authority for the Africa Component of the programme.

The Second Call for Proposal has been launched on 16 January 2012 with the aim to engage 7 million Euro on new grant contracts by the end of the current year.