PAEPARD launched its call for Agricultural Innovation Facilitators (AIF) applications on first of August 2011. The applicants were asked to submit their application with a short C.V. by August 31, 2011.

The AI Facilitator Workshop was initially scheduled for September 26th – October 1st 2011 in Kampala. The applicants were informed on September 12th that due to « technical problems » the workshop of Uganda was postponed. The selected candidates would be informed later of the new dates.

The PAEPARD Management Team Meeting of 5-7 October in Accra decided the Agricultural Innovation Facilitators’ Inception workshop will be held in Entebbe between 28th November and 2nd December 2011. 25 participants have been selected. 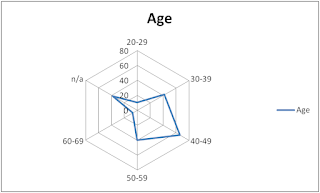 The screening of the 203 CVs was based on the geographical origin (country) and the profile of the applicant (research, farmer organisation (FO), private sector, nongovernmental organisation (NGO), ministry, consultant or other). The CVs have been evaluated on the relevant experience of the applicant with brokerage; identifying funding opportunities; facilitating inception workshops and facilitating learning.