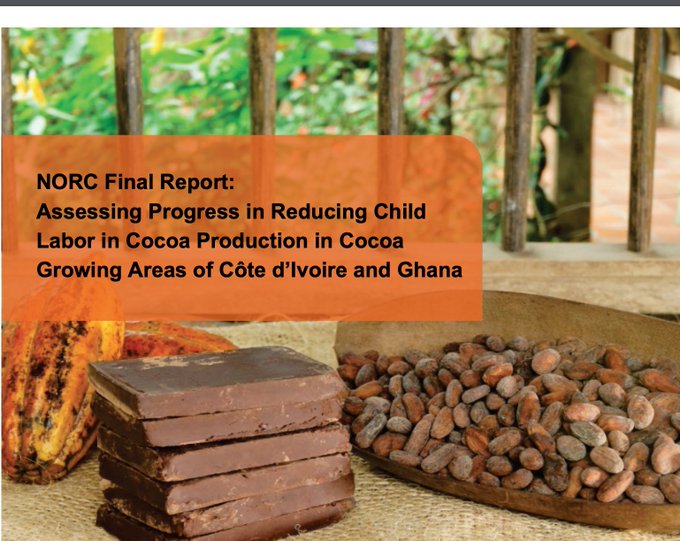 NORC has spent the last five years working closely and collaboratively with ILAB, the governments of Côte d’Ivoire and Ghana, Industry (represented by the World Cocoa Foundation (WCF)), Civil Society Organizations (CSOs), and multiple international organizations with an interest in child labor (including UNICEF, the International Cocoa Initiative (ICI), and the International Labour Organization (ILO)).

This report is the outcome of that collaborative effort to accurately measure and report on the issue of child labor and hazardous child labor in the cocoa growing areas of Ghana and Côte d’Ivoire.

In the 2018-19 season, 1.56 million children were involved in child labor working expanding cocoa harvest in Ivory Coast and Ghana. C. 45% of children from farming families in growing areas were working on plantations v. 31% 10 years ago.