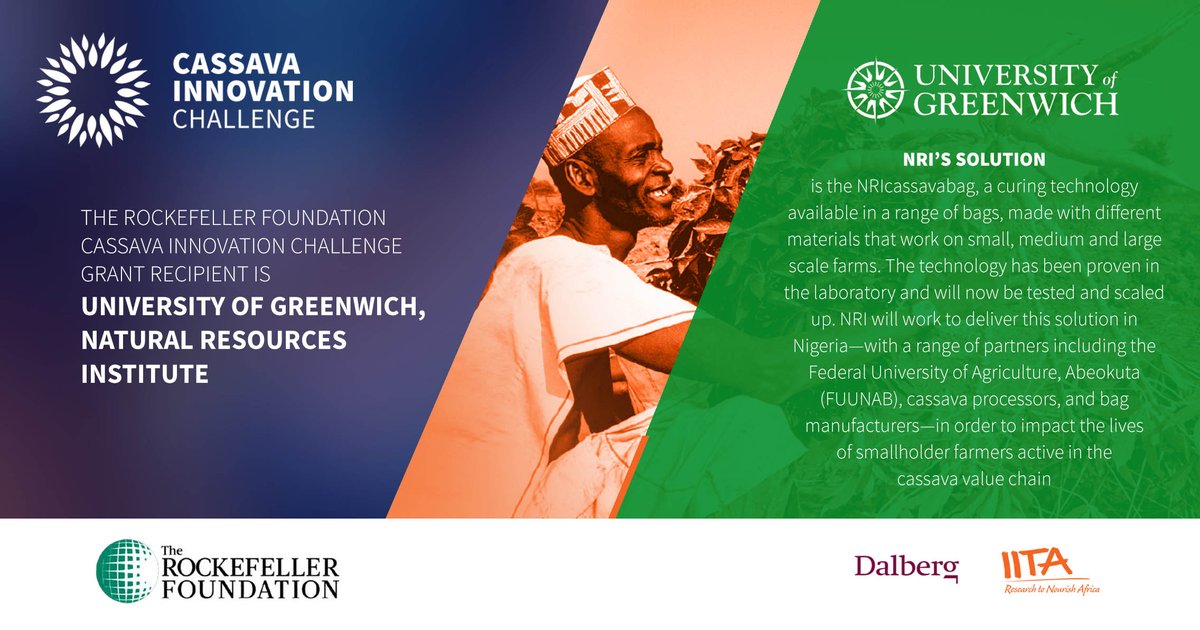 30 March 2017. An innovative idea to extend the shelf life of cassava, the staple food of some of the world’s poorest communities, is to be funded by the Rockefeller Foundation. Six hundred applications from 32 countries were considered by 21 judges before just one entry, the NRI cassava bag, was selected for funding.

The foundation has announced an initial grant of up to $500,000 to a team led by the University of Greenwich’s Natural Resources Institute (NRI). The funding will support the testing and marketing of a storage bag for cassava roots – an innovation
that includes built-in curing technology to keep the foodstuff fresh.

The success of the invention, named the NRICassavabag, could benefit 500 million people in sub-Saharan Africa who rely on cassava for food security and nutrition. Currently, up to 40 per cent of the crop is wasted as it can deteriorate as soon as 24 hours after harvest. The new bag can extend the useful life of the crop for at least eight days.

“Fresh cassava rots all too quickly. Most damage to the roots occurs between the field and the factory. This meant that the solution to the problem lies with their storage. Now, the solution’s in the bag. Our technology could be a transformational step for African cassava production.” Professor Ben Bennett, NRI’s Deputy Director and co-leader of the research team. 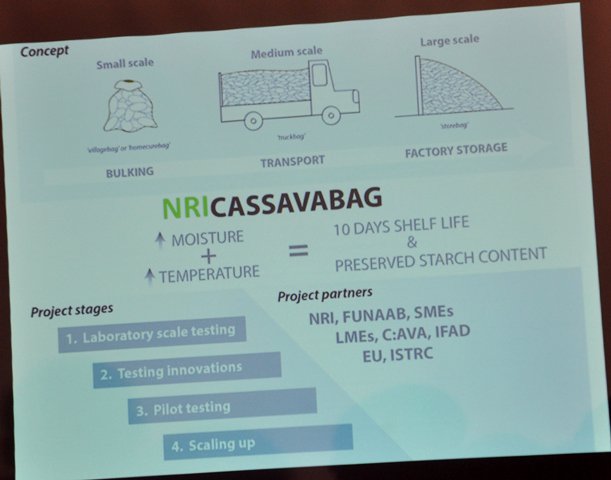 “The Natural Resources Institute has, once again, won international recognition for its expert knowledge and research. Partnership is at the heart of this project, which is a great example of the university’s ambition to find solutions to the challenges that face our world – globally, nationally and locally. Many congratulations to all involved.” Professor David Maguire, Vice-Chancellor of the University of Greenwich.