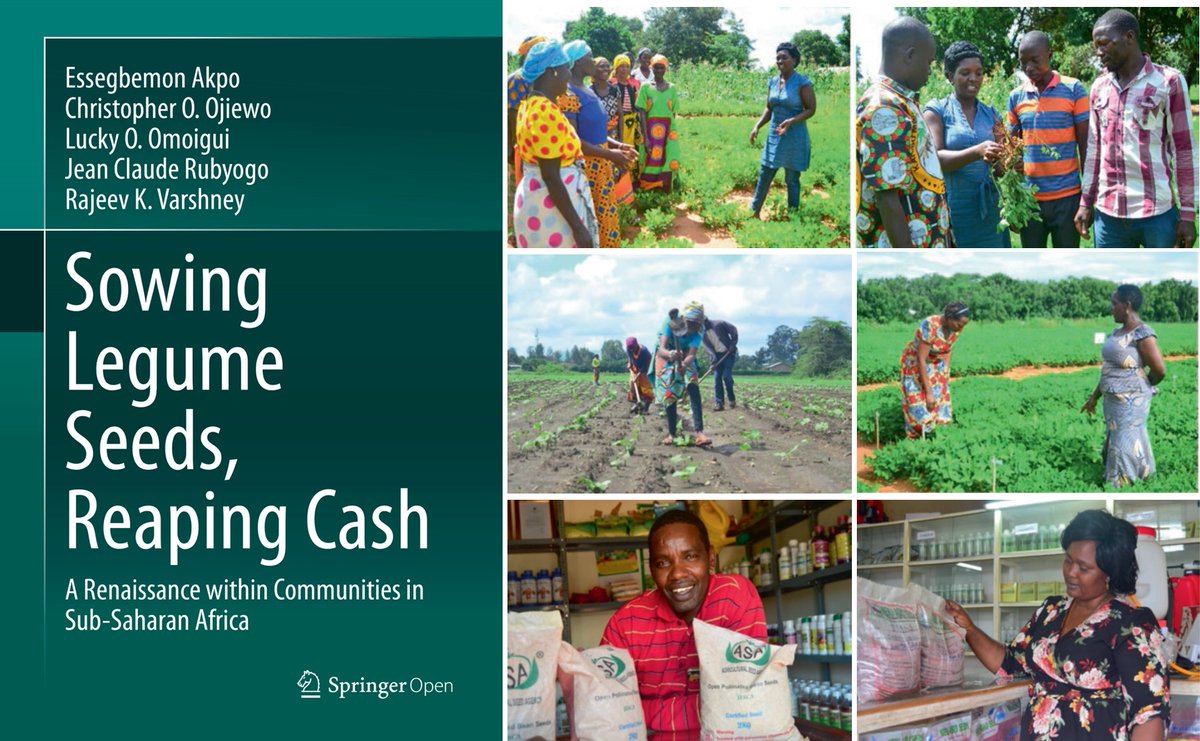 This open access book shares impact stories – testimonies from various value chain actors who have been part of the Tropical Legumes (TL) projects, over the past twelve years.
The Tropical Legumes projects led by ICRISAT in three parts (TLI, TLII and TLIII), constitute a major international initiative supported by the Bill and Melinda Gates Foundation (BMGF) and jointly implemented by the International Center for Tropical Agriculture (CIAT), International Institute of Tropical Agriculture (IITA) and National Agricultural Research Systems (NARS) partners from Sub-Saharan Africa and India.
The project developed improved cultivars of common bean, cowpea, chickpea and groundnut (but also soya bean and pigeon pea cultivars in its initial phases) and delivers their seed to smallholders in BMGF-focus areas. It also strengthens the NARS and CGIAR‘s breeding programs and seed platforms to enhance their ability to deliver high and sustained outputs to smallholder farmers.

The book compiles the experiences of a diversity of actors within the grain legume value chains, with a focus on: