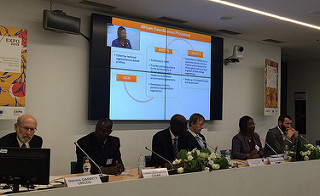 The Forum brought together representatives of regional organisations, West African governments and OECD countries to discuss the complex challenges of building resilience and improving food and nutrition security in a region that is experiencing profound social and demographic change. 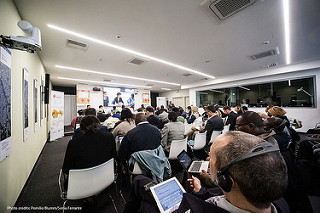 The Week brought together regional organisations, representatives from West African governments and OECD countries, and experts in several events, including a two-day Forum to discuss the impact of on-going transformations on food security and resilience; a special session of the Food Crisis Prevention Network (RPCA) and a meeting of the Senior Experts Group of the Global Alliance for Resilience (AGIR) – Sahel and West Africa.The Week was organised by the Sahel and West Africa Club and its Members and partners, by invitation of the European Union.

A pioneer in the co-ordination of food and nutrition security initiatives and the only platform of its kind in Africa, the Food Crisis Prevention Network (RPCA) plays a crucial role in improving coherence and dialogue among all actors in the region. This special session of the RPCA will look at the progress made and lessons learned since the creation of the Network 30 years ago, and will feature a screening of the film produced to raise awareness about the RPCA.

30 October: Meeting of the Senior Experts Group (SEG) of the Global Alliance for Resilience (AGIR) – Sahel and West Africa

The Global Alliance for Resilience stands out as a framework which provides a common and inclusive approach to managing and preventing crises not only in the short-term but over many generations. Already 17 countries have adopted the AGIR Regional Roadmap and are committed to developing their own National Resilience Priorities (NRP-AGIR). Stakeholders will be asked to reaffirm their commitment to AGIR through the Milan Declaration which aims to strengthen the co-ordination, coherence and support of the framework.