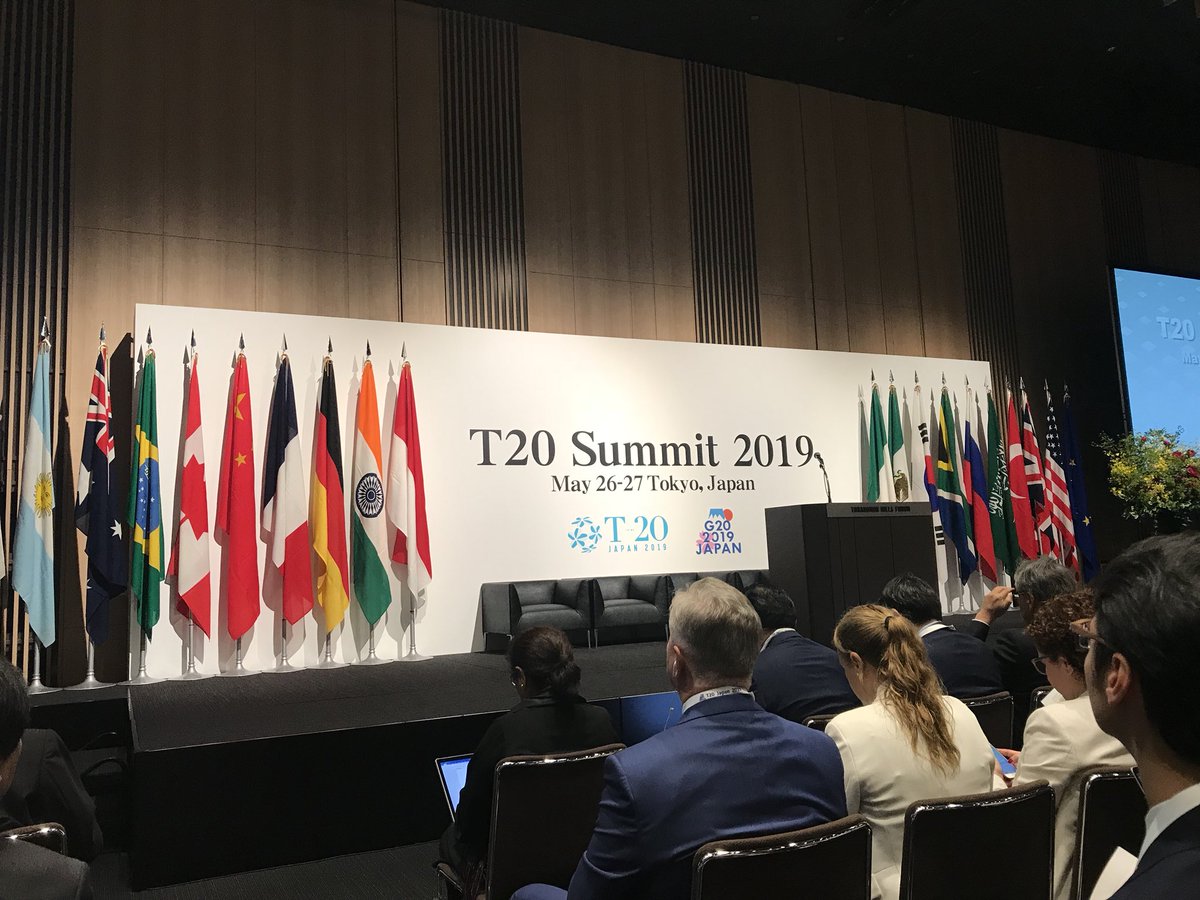 26-27 May 2019. Tokyo. The Think20 (T20), the research and policy advice network of the Group 20 (G20), convened at the of T20 Summit in Tokyo and issued the T20 Japan Communique detailing innovative policy recommendations for consideration during the G20 Leaders’ summit in Osaka.

Two policy briefs related to agriculture in Africa were discussed:

Ryosuke Nakata, Lead Co-Chair of the T20 Task Force on Cooperation with Africa, describes how the G20 can help to take African development to the next level in the changing global environment.
Linking Smallholder Production with Value-Added Food Markets

Demographic pressures and climate change in Africa are rendering subsistence farming an unviable livelihood strategy for smallholder farmers. However, urbanization and economic growth are creating new markets for fresh and processed foods in the region.

To enter this market, African smallholders need to adopt new production strategies that will increase income and make farming more appealing to the next generation. The G20 can encourage this transition by supporting the growth of a rural-based food processing sector, the reorientation of smallholder agriculture to commercialization, and the development of infrastructure to link farmers to markets.

“Interventions should prioritize SMEs over large agroprocessors, since SMEs have greater potential to become an important source of off-farm employment to rural inhabitants”. (page 5)

“With the expertise and experience amassed in the food processing industry of some of its members, the G20 can support the integration of the Africa’s agricultural production into global and domestic agro-food value chains by actively promoting the rural-based private food processing sector.”  (page 5)
“The G20 can encourage partnerships between African agroprocessors and buyers in the G20 to develop regulatory institutions that ensure the safety and quality of food without being a prohibitive barrier to entry for SMEs”. “G20 member nations must look closely at their own trade practices, especially subsidies and non-tariff barriers that are inconsistent with WTO regulations, and re-evaluate them in light of stated intentions to promote smallholder farmers’ participation in global value chains.” (page 6)

“Since the cost of establishing infrastructure for food processing is prohibitive in some instances, especially in low-income settings, one strategy that has been developed to reduce the user costs of infrastructure is the development of agroprocessing industrial parks. This strategy is currently in development in Ethiopia, and is being scaled up to service 17 regions throughout the country.” (page 8)

Highlight: Smallholder Horticulture Empowerment and Promotion (SHEP) This approach was born through the technical cooperation project between Kenya and Japan. This approach addresses the motivation of farmers, and ensures their success in farming as a business. JICA is now promoting SHEP Approach all over Africa and in other areas.
Sustainable Prevention of Food Crises in Sub-Saharan Africa 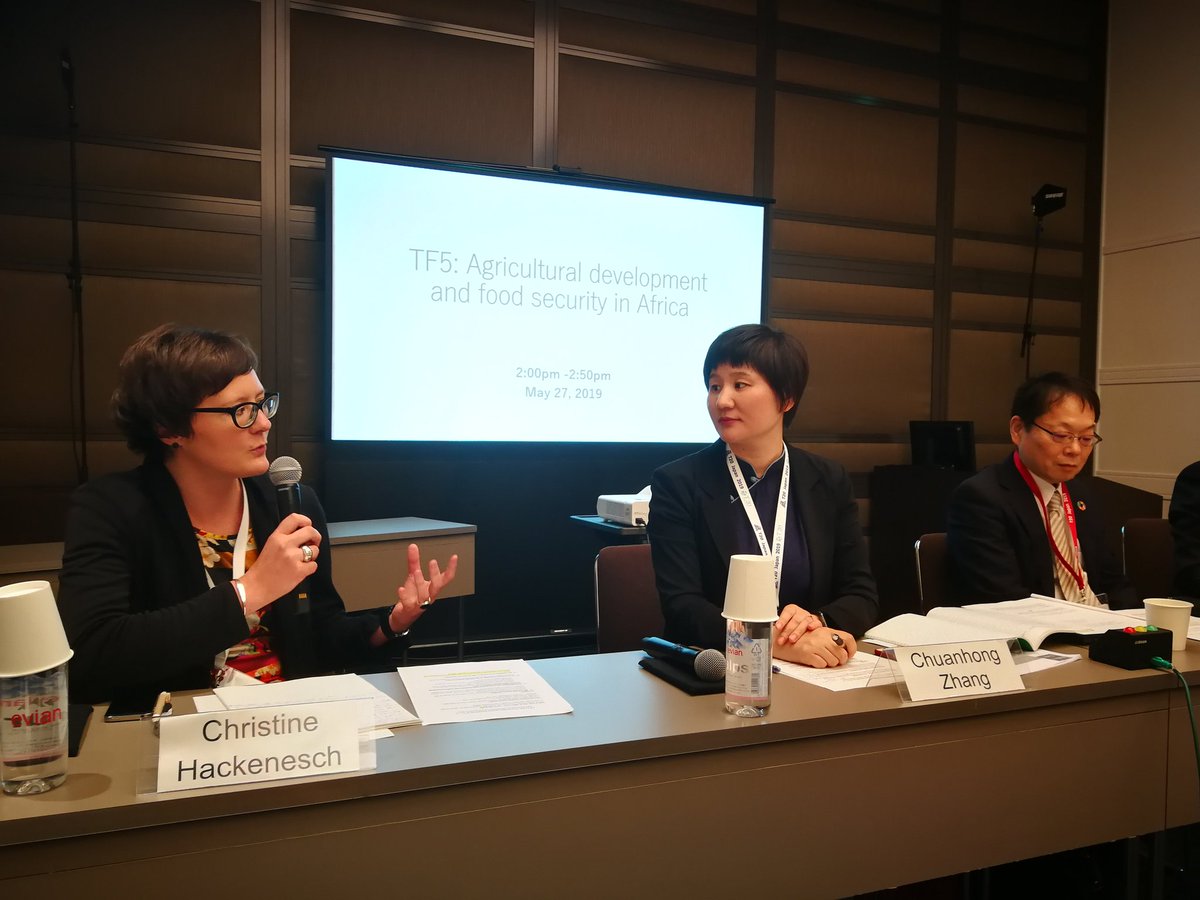 Food crises and distress migration will continue to plague the African continent in the decades ahead unless massive investments are made to make the region’s agriculture and food systems more resilient. The G20 should support and invigorate region-wide efforts to:

This policy brief  for the G20’s think tank platform, the T20, suggests that massive investments in expanding irrigation in Africa’s arid and semi-arid areas, and in improving weak and missing links in food systems, could provide the key to building resilience to future food crises. Such investments would provide Africa’s poor and agrarian populations with opportunities to break away from poverty and tap the economic potential of the world’s growing demand for food.

The brief was prepared by experts from IFPRI, FAO, and the Japan International Cooperation Agency (JICA). They provided three concrete recommendations for the G20 in three priority areas of action:

The Rise of a Middle Class in East and Southern Africa: Implications for Food System Transformationhttps://onlinelibrary.wiley.com/doi/full/10.1002/jid.3107

“Import shares in urban areas do not rise with income, meaning that the urban middle class imports no more, as a share of their consumption, than the urban poor. This pattern of steady net import shares across income classes among urban consumers is driven by substitution away from (imported) wheat and rice towards meat and other products (as predicted by Bennett’s law) that have lower import shares.”

“In light of slow agricultural productivity growth on the continent. Productivity at farm and post‐farm levels will have to increase dramatically to avoid an import surge. (…) Any surge would not be the ‘fault’ of the African middle class but of general factors shared by all the consumer classes.”

“The continuing rise of the urban middle class will not bias the growth path toward more imports. Part of the reason for this is that the middle class’s penchant for perishables is met in its great majority by local supply.”