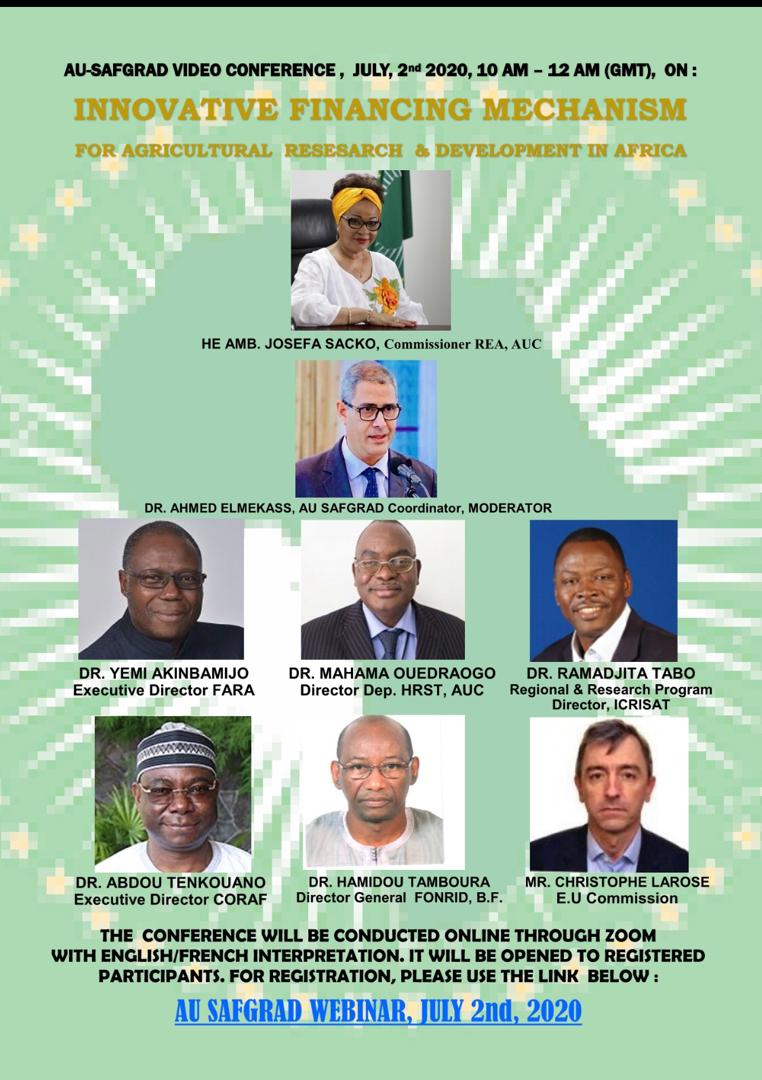 In 2003, the African Union’s Commission (AUC) launched the Comprehensive African Agriculture Development Program (CAADP) that describes African leaders’ collective vision on how to reach a goal of 6% growth per annum for the sector. Subsequently, CAADP Pillar IV was launched in 2006 as a strategy to support Africa’s agricultural research, technology dissemination and adoption efforts. Later the Malabo Declaration in 2014 stressed again on the need to strengthen technology generation, dissemination and adoption.

Agricultural Research and development (R&D) in Africa is primarily funded by national governments and donors with variations across countries. Some countries continue to be highly donor dependent while others are funded through government budget allocations.

Donor funding, together with loans, generally supports operating costs and capital investment, but has been highly erratic. In recent years, both traditional and new donors have shown renewed interest in funding agricultural research in Africa. Agricultural R&D has returned as a priority for donors and policy and decision makers. The Heads of State at the 2012 G20 meeting in Mexico, for example, highlighted the importance of R&D in promoting agricultural productivity and food security. The key role of R&D in increasing food production while protecting natural resources was also stressed in the UN post-2015 development agenda. More recently, the Science Agenda for Agriculture in Africa (S3A) was adopted at the 2014 African Heads of State Summit, necessitating the development of a continent wide implementation plan.

Many studies on changes in agricultural productivity among African countries have also studied the determining factors. While a number of factors are identified by the different authors, many of the findings stress the critical importance of investment in R&D systems. However, spending on agricultural research as a share of each country’s agricultural gross domestic product (AgGDP) is very low, with ratios ranging from less than 0.2 percent to 4.0 percent.

The majority of countries have ratios of less than 0.5 percent. While investments in agricultural R&D were identified by several authors as key drivers of productivity growth, only few countries made significant investments in R&D. It is difficult to imagine how countries intend to promote considerable technical change when they are underinvesting in a key priority area, such as R&D systems for developing and supplying modern inputs to farmers.
Donor contributions accounted for an average of 35 percent of funding to principal agricultural research agencies in 2000. Five years earlier, close to half the agricultural research funding of the 20 countries was derived from donor contributions. High dependency on donor funds put the R&D in Africa at risk on one hand and dictated the research agenda on the continent on the other hand. Meanwhile, funding from sources other than government or donors, such as internally generated revenues is relatively small representing 11 percent of total funding in 2000 with the exception of few countries like Benin and Côte d’Ivoire.
There is a need to look at more alternative and sustainable ways of funding agriculture R&D on the continent.

In the view of above and to respond to the Head of States and Government Decision on allocation at least 1% GDP on research, AU-SAFGRAD organised a webinar on the innovative financing mechanism for Agriculture and Development in Africa. The aim of this video conference was to discuss the strategies on how we mobilise alternative financing mechanism to support research activities at country level and to learn from countries like South Africa that have succeeded to engage more business sector on board.

3. Objectives of the Video Conference

The webinar was an exchange and experience sharing among NARS, SROs, CGIARs, RECs and UN agencies on a national tangible funding mechanism to support R&D on the continent. A particular focus will be given to the innovative funding that goes along with the traditional channel More specifically, the objectives of the conference included discussion on the followings: